Leadership & Board of Trustees

“Libraries are an entry point for all citizens to get where they want to be, whether it’s professionally, personally, or culturally. We need to keep libraries healthy if we want Spokane to be a vibrant community.” – Mary Starkey, Board of Trustees

BOARD OF TRUSTEE MEETINGS

Board of Trustee meetings are held monthly and are open to the public. Meetings occur at 4:30pm on the third Tuesday of the month. Meeting agendas are posted 24 hours prior to the meeting.  Watch the live stream at the button below.

You may email the Board of Trustees at:
trustee@spokanelibrary.org

LEADERSHIP & BOARD OF TRUSTEES

Andrew Chanse, Executive Director
Andrew Chanse has served as the Executive Director of the Spokane Public Library since 2013. Andrew has over 20 years of experience working with libraries and the communities they serve. He also serves on the Library Council for Washington State representing underserved populations and the Board of Trustees for Humanities Washington. Contact Andrew at director@spokanelibrary.org

Lara Hemingway,  Chair
For as long as she can remember, Lara Hemingway has been thankful for the resources and information libraries have to offer. From story time at the Library and at home to audiobooks to the variety of online materials and subscriptions, her family utilizes Spokane Library services on a regular basis. She is excited to participate in planning and promoting the Library’s continued development as a 21st Century community resource. Lara also represents business clients at her own firm, Hemingway Law, and serves as an independent director on private company boards.  Outside of work endeavors, she enjoys playing music with her family.
Appointed: 3/7/2016; Second Term expires: 3/31/2025

Casey Linane-Booey IV, Vice Chair
Casey Linane Booey IV was born and raised in Spokane and is proud to serve on the Board of Trustees. He grew up using the Shadle Park location and both of his parents instilled in him a love of reading from a young age. After graduating from Shadle Park High School, he attended the University of Montana where he worked in the Maureen and Mike Mansfield Library as an assistant, shelving media and checking out books to students. He returned to Spokane and graduated from Gonzaga Law in 2015. As a member of the Board of Trustees, Casey is excited to see services at each branch continue to evolve with their respective communities. He is excited to give back to an institution that helped shape him into the citizen he is today.
Appointed: 4/1/2017; Second Term expires: 3/31/27

Jim Kershner
Jim Kershner is an author, historian and longtime columnist for The Spokesman-Review (retired). He continues to work as a freelance writer, journalist and staff historian for HistoryLink.org, The Online Encyclopedia of Washington State History. He has used the Spokane Public Library for research into many of his works, including “Carl Maxey: A Fighting Life,” a Washington Book Award finalist. Jim is a self-described “library nerd” who believes that a great library is essential for anyone with a curious mind.
Appointed: 1/1/2012; Second Term expires: 3/31/2024

Nathan G. Smith
Ever since being read to in elementary school, Nathan Smith has believed in libraries as a place to learn and collaborate. In addition to being a Library trustee, Nathan has served on the Spokane Public Library Foundation board since 2010. When not serving the Library system in one form or another, Nathan is an attorney at Witherspoon Kelley.
Appointed: 4/29/2013; Second Term expires: 3/31/2023; Served also in an unexpired term vacated by Ned Barnes from 7/18/2011 to 3/31/2013

Mary Starkey
Mary Starkey says she must’ve been born a bookworm. As a child, her family moved a lot and the local library was always a comforting place that felt familiar when a new city was not yet home. Later, when her sons were young, the Shadle Library was their go-to place to check out books or read together. Mary is the Executive Vice President/COO of Global Credit Union. Outside of her work, Mary devotes a lot of energy to Spokane’s theater scene and non-profits in Spokane.
Appointed: 5/12/2014; First Term expires: 3/31/2024

Please contact us for meeting minutes prior to 2020. You may also watch recordings of our virtual Board of Trustee meetings from 2020 and 2021.

Board of Trustees Recordings 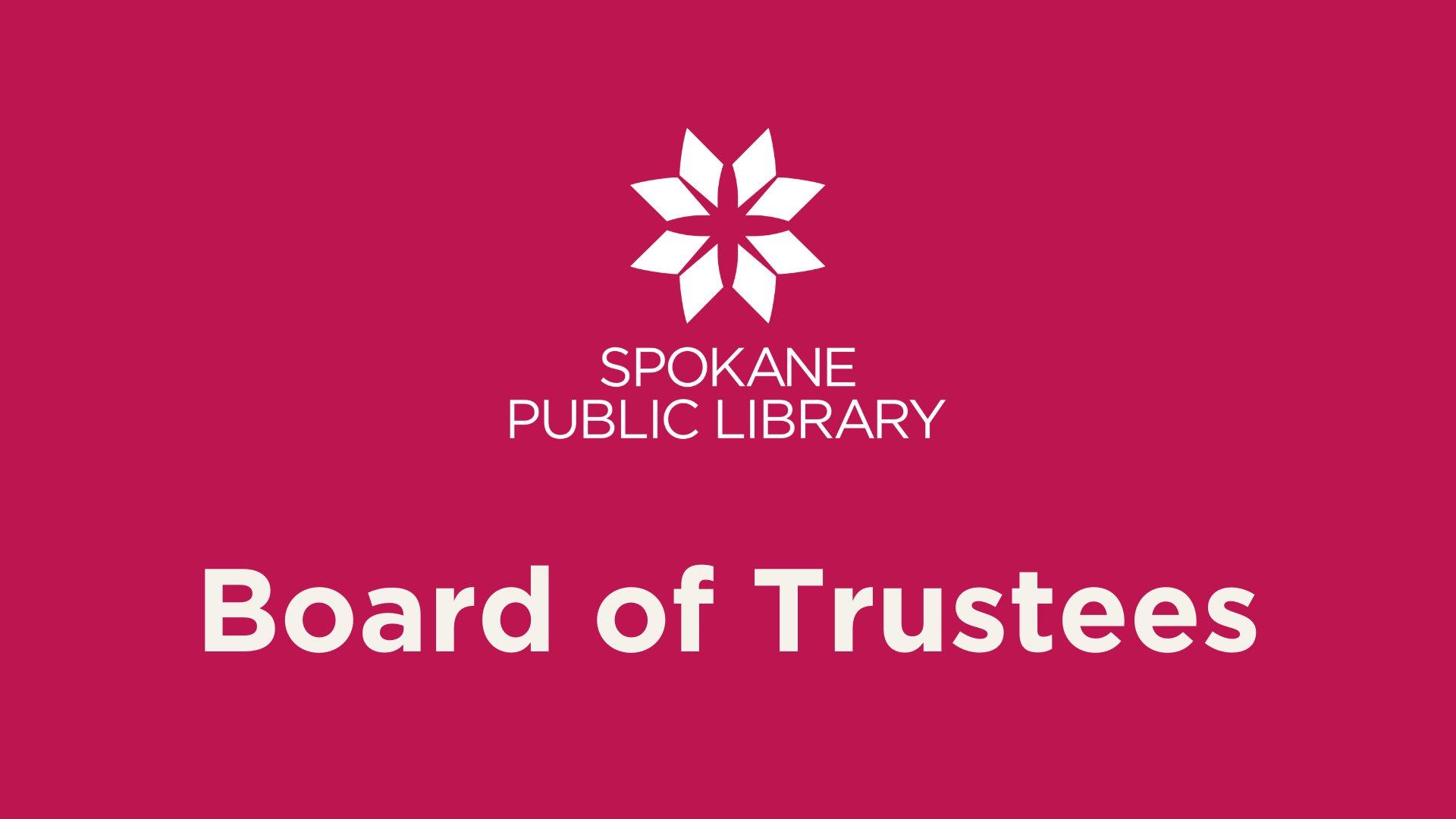 January 2022 Board of Trustees Meeting

December 2021 Board of Trustees Meeting

November 2021 Board of Trusteets Meeting

October 2021 Board of Trustees Meeting

September 2021 Board of Trustees

August 2021 Board of Trustees

July 2021 Board of Trustees

April 2021 Board of Trustees

March 2021 Board of Trustees

February 2021 Board of Trustees

Upcoming Board of Trustee Meetings