The first two attempts at a library in Spokane didn’t last. The first, in 1880, lasted less than two years; the second, in 1883, lasted three. Unlike today, both entailed some form of membership fee for their users. Finally, in 1891, the beginnings of a permanent library for Spokane took shape. It began with 300 volumes and grew to 1,400 within six months. When the Library faced financial trouble in 1894, the City took possession of it, and it became the Spokane City Library.

By the early 20th century, the Library had outgrown its City Hall location. Spokane sought the assistance of Andrew Carnegie, who ultimately donated substantial money toward the project, while Spokane resident A.B. Campbell donated the land. Christened the Carnegie Library, it was Spokane’s first building to exclusively house the city library. The cornerstone of the Carnegie Library was laid September 12, 1904.

In the late 1980s, the Library once again outgrew its location. The decision was made to demolish the Comstock building and construct a new library on the same site. On September 18, 1990, voters passed a bond issue to fund the construction of six new libraries: the Main location Downtown and the East Side, Hillyard, Shadle, South Hill, and Indian Trail locations. All were completed by 1998. 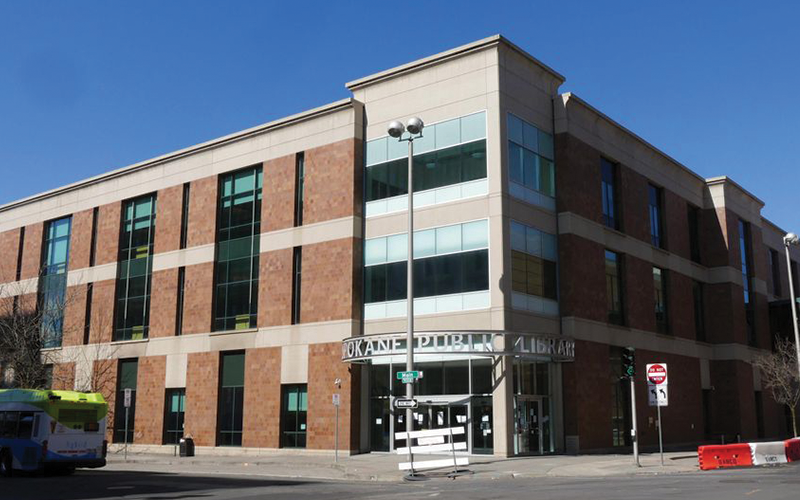 LIBRARY OF THE FUTURE